User Interface & Controls
Key Points:
The HPL3 engine used to build SOMA is the latest iteration of Frictional Games' in-house HPL engine, and as such the user interface and control scheme are very similar to that of previous games built using HPL. For instance, the interactivity users enjoyed with their environment in Amnesia: The Dark Descent is  more or less the same in SOMA; grabbing, rotating, throwing, dragging and pushing are all achieved by the player in the same way, namely, by holding down the grab key/button to grip an object, and then moving the mouse/analogue stick to manipulate its position in 3D space. Like all previous games built in the HPL engine, SOMA uses a first-person perspective.

The inventory system has been reworked, as compared to Frictional's previous releases. In all previous games developed by Frictional Games (with the exception of Amnesia: A Machine For Pigs, which was primarily developed by The Chinese Room) the player's inventory was accessible through a separate window containing a list of acquired items, which could be combined or "equipped" for use in the game's world. In SOMA, the items automatically appear on-screen in the player's hand when they are in a location which calls for their use. The player can check which items they are currently carrying with the appropriate hotkey/button.

As has been the case with previous Frictional Games releases, SOMA doesn't have a traditional HUD; the screen is entirely devoid of any permanent GUI features, save for the crosshair. When the player is close enough to an object which can be interacted with, the crosshair will change to an icon, the style of the icon giving some clues as to what can be done with the object, another familiar feature carried over from previous Frictional Games releases. Some examples of these context-sensitive icons, as they appear in SOMA, can be seen in the gallery below. 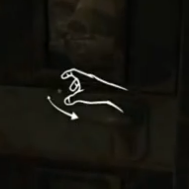 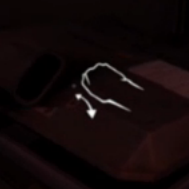 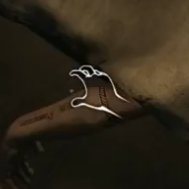 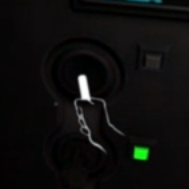 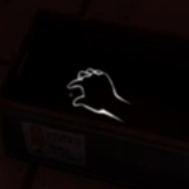 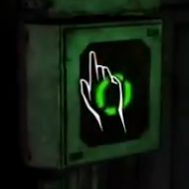 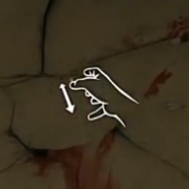 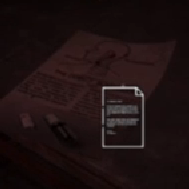 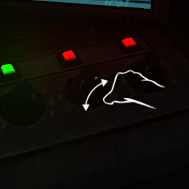 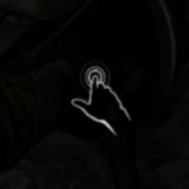 Computer terminals and other interactive screens in the game's world are accessed through a "clickable" user interface, complete with a mouse cursor and scrollbars for pages of text.﻿ Although accessing computer terminals in first-person perspective was a feature of the Penumbra series, the transition between normal gameplay and the terminal interface in these games was immediate and total [1], whereas in SOMA the transition is seamless and maintains a real-time, in-game feel. The following animated GIF shows an example of this transition in SOMA:

Documents and notes discovered by the player are displayed in a similar real-time, "organic" way; the player clicks on the document and it is then suspended in front of them to be read, with toggleable subtitles displayed over it (in cases where it is handwritten or otherwise potentially illegible). Documents are not removed from the environment once read; instead, they are placed back in their original locations. Simon doesn't have a notebook or any means of recording discovered information, which is another significant departure from the design of Frictional's previous games. The following GIF animation shows one example of how documents are read in SOMA:

Because SOMA is set underwater, players can expect to encounter new physics elements which are specific to that environment. When the player is in an underwater situation, which makes up about 1/3 of the game, objects will float freely in the water and can be grabbed by the player. When they're dropped or thrown, their momentum is affected realistically by the water.

The player has agency throughout the entire game; there are no cut-scenes or other extended periods during which the player has control taken from them.
Enemies & The Player
Key Points:
In Amnesia: The Dark Descent, a sanity mechanic would penalise the player for being in darkness too long, witnessing unsettling events or for staring directly at enemies, by introducing visual distortion and hallucinations into the player's field of view. SOMA has similar mechanics, but they are more dynamic, local and dependent on encounters with specific creatures.

Some of the enemies who inhabit SOMA's world may or may not present a direct threat to the player in any given circumstance. A sense of ambiguity about the intentions of the creatures helps  perpetuate tension and prevent the encounters from becoming predictable.

Regarding the character AI used in SOMA, Thomas Grip has stated that simpler AI systems make for a more immersive and realistic experience while, paradoxically, a more sophisticated and complex system is less so, by the way it invites the player to discover its limits or to "gamify" the interactions, and thus notice its failures much more quickly. The creature AI is therefore similar to that of the enemies from Amnesia: The Dark Descent, in terms of its technical sophistication. [2]

SOMA, like all games developed by Frictional after Penumbra: Overture, does not feature a combat system of any kind; the player must run and hide from enemies, or use stealth to bypass them.

Player death is an issue Frictional Games have spent a lot of time improving upon. In SOMA, death itself is postponed as much as possible, eventually leading to "a fate worse than death". Rather than die outright, the player is brought closer and closer to an increasingly "disturbing state of being". When the player is accosted by an enemy, the level may change; previously accessible routes through the level will close off, although new routes may open. This goes some way towards dampening the sense familiarity and apathy instilled in the player when they die or need to repeat sequences, and provides an incentive to play the game more than once.

If the player receives damage from enemies or the environment, they have the opportunity to replenish their health using the healing pods located in various parts of the game world. Below is a GIF animation showing the player character refilling his health in this way:

[1] In this video, you can see the player interact with a computer terminal in Penumbra: Black Plague.
[2] In this interview, Grip goes into the thinking behind simplifying NPC AI and preventing the player from "gaming" the system.
Powered by